We also carry out flat roof replacement and flat roof repair work, even if you do not need a roof lantern. If you are looking for the following we can help:

Many flat roof companies use our services when replacing existing flat roof areas. They are usually asked to replace a clients existing roof, but can then very easily add a roof lantern to the roof space above – transforming the internal look of a room. This provides a unique selling point for the roofing company and additional revenue to the project.

A flat roof is a flat covering on a building. As opposed to the pitched type of roof, a flat roof is horizontal or almost horizontal in appearance. Materials used to cover the flat roofs should allow the water to run off freely, even though the flat roof may only have a slight pitch.

Traditionally flat roofs used a tar and gravel based surface which, as long as there was no pooling of water, was sufficient to stop water penetration. However, these surfaces would tend to fail due to climate change, as cracking would occur. Modern flat roofs tend to use a continuous membrane covering which is better resisting pools of standing water. In application these membranes are applied as a continuous cover where possible, though many sealants and adhesives are available to allow for bonding sheets and dealing with structures penetrating the roof surface.

The types of flat roof material are listed below:

The most common type of flat roof is the asphalt built up roof (BUR). It is made up of multiple layers of reinforcing plies and asphalt. The reflectivity of built up roofs depend on the surfacing material used. Gravel is the most common and they are referred to as tar and gravel roofs. Asphalt degradation is a growing concern. UV-rays oxidise the surface of the asphalt and produce a chalk-like residue. As plasticisers leach out of the asphalt, asphalt built up roofs becomes brittle. Cracking and alligatoring inevitably follows, allowing water to penetrate the system causing blisters, cracks and leaks. Compared to other systems, installation of asphalt roofs is energy-intensive (hot processes typically use natural gas as the heat source), and contributes to atmospheric air pollution (toxic, and green-house gases are lost from the asphalt during installation).

Self healing gel like membrane that never cures. Made of 45% recycled tire rubber, it goes on top of existing tar roofs then capped with a sheet membrane.

Chlorosulfonated Polyethylene is a synthetic rubber roof. It is more popularly known as Hypalon.

IB is simply one manufacturer of Seamless modern membrane roof systems. Others include Carlise,Firestone, GAF, JohnsManville,etc. Warranty terms and pricing all differ yet none has been empirically proven to outperform the other, since most applications of the different competing technologies have yet to complete life cycles. Singly Ply Thermoplastic roof systems are relatively recent and changing technologies. PVC and TPO membranes are taking over the thermoplastic roof market, replacing the EPDM roof system. PVC membranes are shown to be more stable because the chemical formula used to create it is more defined and specific than that of the multi-olefin formula’s used to make different TPO membranes. However, TPO has its advantages. Being more like rubber than plastic, it tends to withstand UV rays and thermal shock better than plastic like PVC’s. PVC is the more expensive product.

How much does it cost to repair a flat roof?

The cost of repairing a flat roof is not as expensive as you may think. The final cost will depend on the size of the roof, the extent of repair needed and the material being used. For an accurate quote, please call our team.

What is the best covering for a flat roof?

There are many flat roofing coverings all of which offer different properties. Recent advances in flat roof material ‘technology’ make rubberised materials one of the best coverings for a flat roof.

What is the best material for a flat roof?

Flat roofs were, at one time, notorious for leaking. Today, one of the best materials for a flat roof is a rubberised one. This means it is better at expanding and shrinking in heat, as well as being self-healing should tears happen.

When should I replace my flat roof?

There are many factors that affect how well a flat roof performs. Age and damage lead to leaks as well as reduced visual appeal too. As soon as the flat roof starts to degrade or you are spending money on regular repairs, it is time to replace the roof.

What is the average cost to replace a flat roof?

The cost of flat roof replacement will depend on the size of the roof as well as the material you opt for. Prices start from £750 upwards.

How many years does a flat roof last?

If professionally installed, a modern flat roof can last for 20 to 25 years. It also depends on the material used and how well the roof is maintained and repaired too.

How do you maintain/care for a flat roof?

To maintain a flat roof it is essential to keep it free from debris and to regularly check drainage. Pooling water on a flat roof causes leaks. And finally, if you spot a problem with your flat roof, get the repair done as soon as possible.

Get a free quote 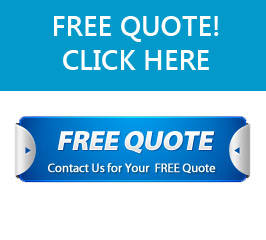 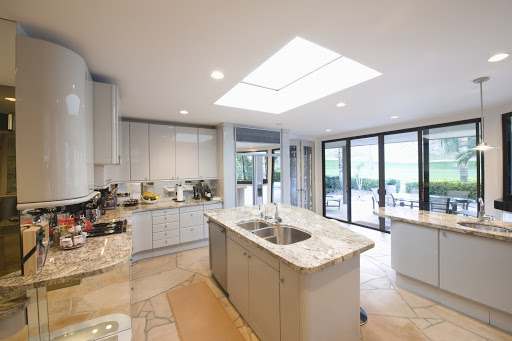 How to Brighten Your Extension With a Roof Lantern

If you’ve just added an extension onto your home, or if you’re considering building an extension to increase your home’s overall footprint, you might be wondering how to add natural light into your new space.  […] 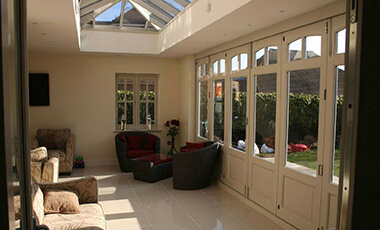 A genuine concern when planning an extension is rain (or other) noise through any roof windows. Rain noise can spoil the pleasure of a roof conversion or an extra window added into a roof space.  […]

The Importance of Installing Your New Rooflights at The Correct Pitch

If you’re investing in your home and installing fixed skylights, you should know how important it is to install your new rooflights at the correct pitch. Rooflights will not only enhance your home, but they’ll […]